How To Build A Personal Anti-Cancer Programme with Mr. Chris Woollams & Dr. Nilash Ramnarine
This course is not open for enrollment 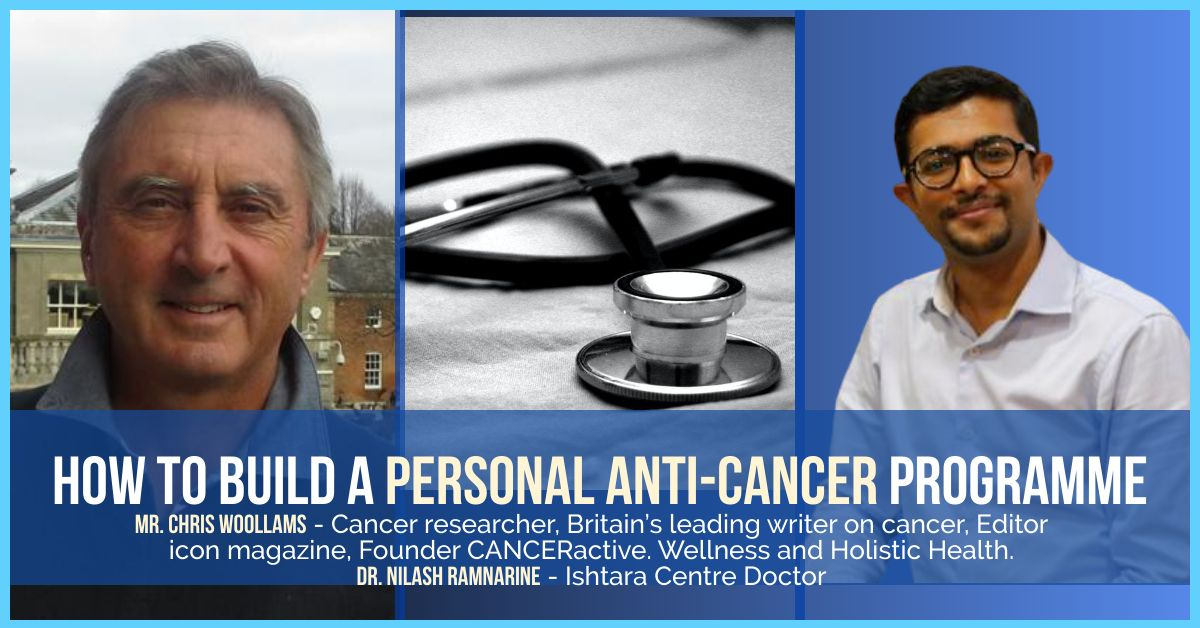 You won’t want to miss this one.

Chris is a former Oxford university biochemist founder of the website and charity CancerACTIVE. Cricketing legend Sir Geoffrey Boycott dubbed Chris the “Cancer Guru” after he helped him beat cancer 15 years ago.

Whether it’s about prevention or something that you or a loved one is fighting this webinar will give empowering information that everyone needs to know. 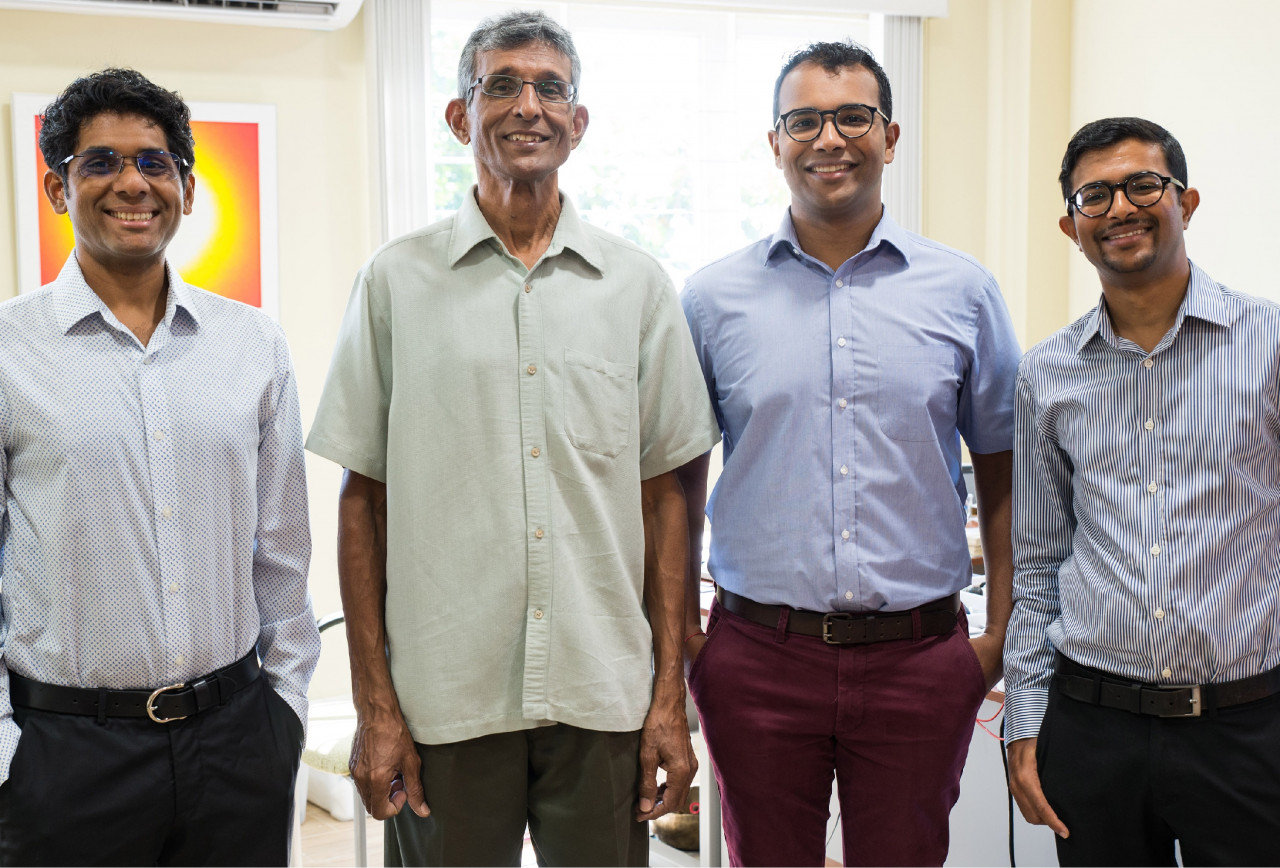 Established by Dr C.H. Ramnarine in 1993 and now staffed by 4 medical doctors with a special interest in holistic health, anti-ageing and vitality.

A large part of the practice is in the promotion of wellness. This is achieved through ongoing independent research and is brought directly to clients through seminars, workshops and now online teaching. 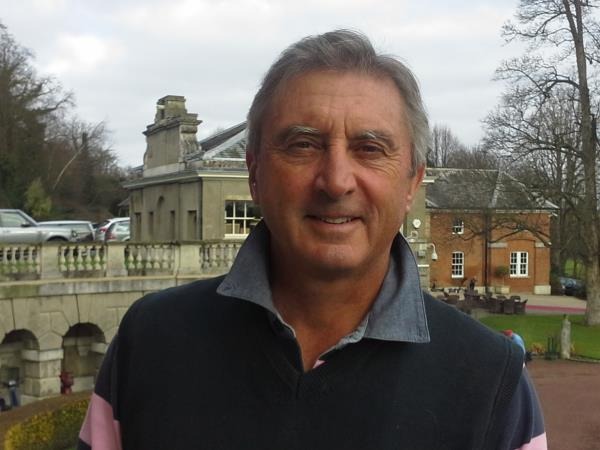 After leaving Watford Grammar School, where he was head boy, Chris went to Oxford University and read Biochemistry for 4 years, including a time in cancer research.

He then took a 22 year ’sabbatical’ in the world of advertising, rising to MD of Publicis in London when he was just 31. He became the youngest ever Advertising Chairman of a multi-national communication group at Ted Bates 3 years later. He was promoted first to the European, then the Worldwide board - at the time, Ted Bates was the third largest Ad agency in the world. Whilst creative director of Ted Bates they created the ’Ain’t no Mountain high enough’ campaign for DHL. It ran, worldwide, for 16 years. It's now running again! His name is on a number of creative awards from Corning to HP foods.

In 1986 Saatchi and Saatchi bought Ted Bates and asked Chris to run their company as joint chairman, but instead he set up his own. In 1995, with 9 companies and 74 clients (from Virgin to BMW, WH Smiths to Freemans, the L&G, RAC and Fedex) he put the company onto the stock market and a year later retired claiming he was ’past his sell-by date’. He had helped launch new companies like Norwich Union Healthcare and Mercury One-to-One, even joining their boards.

From 1995 until 2001 he worked as a Management consultant with a diverse group of companies such as Norwich Union, Sony, BAT, Virgin Active Health Clubs and others. In parallel he pursued his personal interest in health, studying nutrition, health and fitness and body energy systems.

In 2001 his daughter Catherine (then 22) was diagnosed with a grade 4 malignant brain tumour (GBM) and given 5- 6 months to live. Chris then devoted his life to try and save hers. In so doing accidentally built a new life for himself! From the very outset, he was on a mission to bring ordinary people the 'Truth about cancer', without the vested interest, propaganda or the medical mythology that abounds in the Western world.

Chris now speaks all over the world on cancer and cancer prevention. For example, he has spoken in the USA, Australia, Germany, Russia, Israel and Japan (to 28,000 people, no less) in the past 4 years. He has toured extensively throughout the UK, speaking in hospitals and cancer clinics, to cancer care groups, at The National Brain Tumour Conference, at Primary Care 2006, at the National Cancer Prevention Conference (2005), at the NHS Conference and in schools to both children and Mums.

Chris is still involved in the business world and is listed in Debrett’s People of Today and International business’ Who’s Who’.

He plays sport, golf and chess when he has a free moment! Chris lives in Hua Hin, Thailand - CANCERactive is a UK but virtual cancer charity.

He has a wife, Min, and four children, Georgina (31), Stephanie (29), Ben (20) and his last fling, Harry (6) plus a step-daughter, Pias. He is proud of them all. He remains a member of the RAC club in the UK, a member of Royal Mougins Golf and country club in Cannes, France, and Springfield Royal Golf resort, Hua Hin, Thailand. He is also a member of the Confrerie de Tastevin.

Chris is a philanthropist too - he has donated considerable sums of money to charity plus all the world-wide profit from his highly successful books to date. He sits on other group boards in the Far East and has been involved in the UK steering group on EMFs, and is a patron of several charities seeking to protect children from toxins and EMFs. 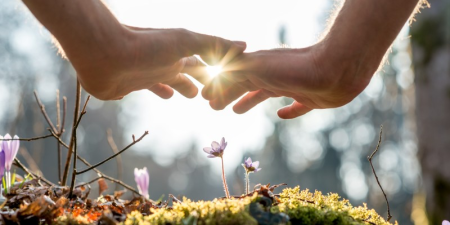